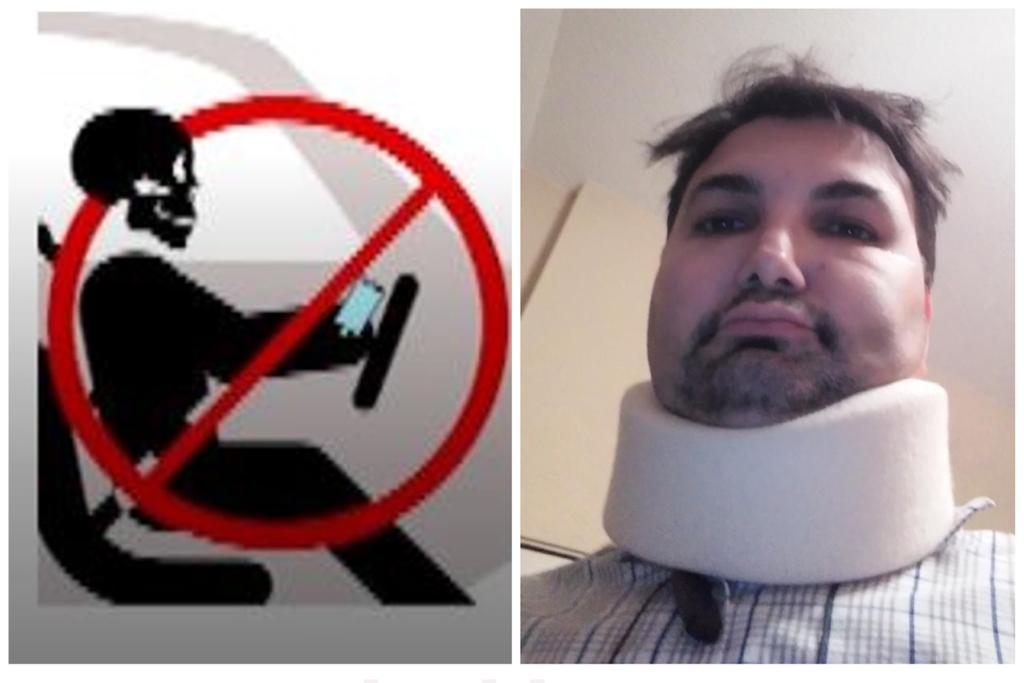 Cousin Pat aka Dr. Patrick Argiro says if you text and drive you may be a selfish partner or mate. Texting and Driving is one of the most selfish things you can do as an individual.   This act puts the driver, anyone in the car with the driver and every other driver on the road at risk.  Cousin Pat was hit by a driver who was texting and driving and how he received major injuries from another driver who was texting and driving and now Cousin Pat has been in chronic pain for over eight years and had three neck and back surgeries as well as many other procedures. Dr. Argiro spent a sufficient amount of funds on modalities that did not work and were considered experimental and therefore not covered by insurance.

Cousin Pat states that if you want to go extreme, texting and driving is the equivalent of mishandling a weapon.  Texting and Driving could be looked at as attempted murder.  Cousin Pat says if you need to text more than you care about your safety and more importantly the safety of your fellow drivers, then most likely you are a self-centered individual only worried about him or herself and that person is only worried about their own personal desires and urges.

The urge of someone to text or review their messages or go on Facebook or any other social media is so strong that they don’t care about the danger they put everyone in.  If someone has this ability, they will most likely follow their urges over caring about the concerns of others. This would apply to a relationship. A person who follows their urges will put their feelings over another person. If that is the case, they could potentially cheat.

According to Star Jesse Taylor who is a Mental Health Coach and is a rising TikTok personality, people with good intentions put their well-being over their urges. Remember that most people are in a relationship not because they care about the other person but because of how that person makes them feel. People who are slaves to their urges and brain patterns will most likely cheat and people who act through actions of love will more likely be loyal. Not texting and driving is an action of love or at least an action of responsibility toward your fellow human beings.

Putting the well-being of other people over their urges shows that is a person who follows their morals and values over their urges.  Remember this if you don’t think that’s important if people chase feelings over their values, that person will always trade their partner for another person who makes them or their feelings feel better. People who are slaves to emotions and their urges are most likely to cheat because they follow their urges and people who follow their values are less likely to cheat because these people are emotionally fit and follow values because they believe in acts of love and do not just talk the talk but walk the walk.  It may seem silly and yet if you think about the science behind it, it makes 100 percent sense.