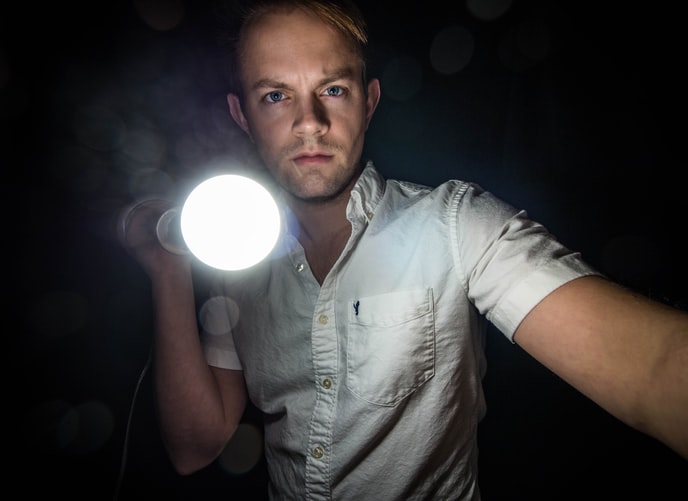 A torch can be defined as a handled electrical lamp that works with batteries. Torches are also termed flashlights in the United States. Hence, in other English-speaking countries, the popular name is “torch”.

History tells that men have always needed a source of light so that they could travel along with them. This led to the evolution of oil lamps from candles, and later on, kerosene lamps were created. But, the flame as a light source was the major problem with these lamps, so they were considered dangerous.

At the end of the 1800s, electric light bulbs and dry batteries were invented, and then, they became a solution for providing a risk-free light source. It further resulted in the invention of more devices.

When Were Handheld Torches Invented?

The National Carbon Company invented the first dry battery in 1896. Before that, German physician Carl Gassner introduced it in 1888. The dry battery was an improved and advanced version of its predecessor because the electrolyte was in the paste form rather than liquid.

But, thanks to the dry electrolyte battery, it could not break or spill easily. Thus, this battery became an ideal source for portable light. Later in 1899, the first model of the handheld torch was invented by David Misell.

Torch Or Flashlight- What Is the Right Term?

Until the torch was invented, the term “torch” was a stick that could be lit and can be utilized as a source of light. After that, torches started to spread widely across the globe, and they were called electric torches. Later, the word electric was removed because it was synonymous with the word flashlight.

When this device was first invented, it was called a “flashlight.” However, the batteries used for powering the flashlights were zinc-carbon batteries. But, such batteries could not provide constant current for a long period. Therefore, they needed to be turned off after a certain time.

After some time, a Russian Inventor, Conrad Hubert introduced the invention of Misell into the market. But now, people argue that there is no turning off the light in the latest models. Thus, there is no flash, and it can no longer be called a flashlight.

How Do Torches Work?

Modern torches mostly contain LED bulbs. Because the light must contain any kind of power source to produce electrons, these torches are powered by batteries that can be disposable or rechargeable.

Alkaline batteries are a very good option as they are affordable and have the power to last for about 4 to 10 hours if used continuously. On the other hand, rechargeable batteries are powered through lithium-ion.

With the advancement of technology, a variety of methods are created for powering the torches. These methods have also increased the working time of these devices. However, different ways to charge the torch are as follows:

One of the greatest ways to charge a torch is to use solar charging. This method is a great opportunity for people who live in remote areas and have no power source. But, the main thing to consider is that solar charging requires a longer time to charge because it depends upon the Sun. It can be difficult to charge the torch when the sky is cloudy. This kind of charging is only suitable for power-free locations.

The most popular and easiest way to charge powerful torches is the Micro USB option. USB ports are easily found everywhere. You can charge your torch in your car, through computers/laptops, electrical devices, and plug adapters as well.

Another basic way to provide power to a torch is the use of a battery, which makes it a portable tool for the user. Some of the commonly used batteries in torches are as under:

CR123A: These batteries are a little bigger in size, but they can serve for 10 years.

Torches are a great item for getting light in places where there is no light. Though they have a long history, modern torches are portable and can be carried anywhere as they are light in weight, too. So, start looking for the best torches and grab one for yourself!