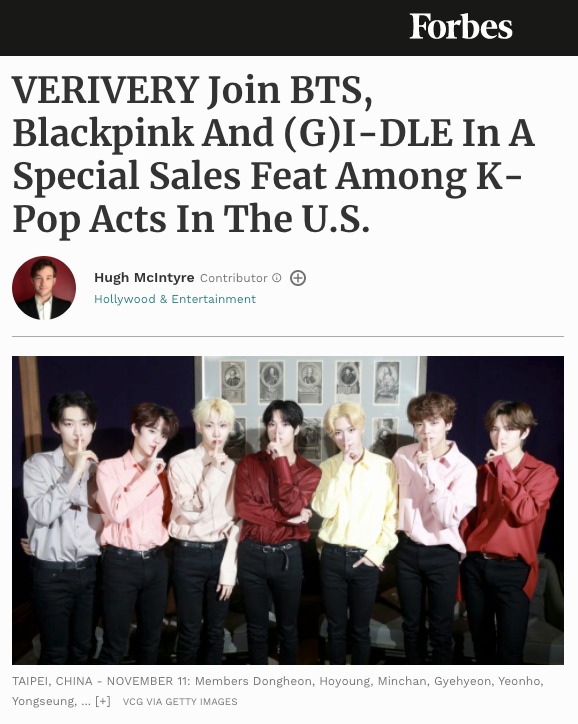 VERIVERY won the title to be the 24th artist topping No.1 in debut on the World Digital Song Sales Chart, and for the No.1 debut ranking list in K-pop, VERIVERY has topped No.7 with two songs following BTS, BlackPink, BigBang, Twice, PSY, EXO.

Forbes has mentioned, ‘South Korean boy band VERIVERY, who is still relatively new (but who aren’t wasting any time in proving how popular they are in the U.S.), are back on a handful of Billboard charts this week with a new hit, and simply by reaching one of them at all they’ve joined a very small group of some of the biggest K-pop acts who have made an impact in the U.S.’

The U.S has eyes on VERIVERY. Forbes, ‘They’ve joined a very small group of some of the biggest K-pop acts who have made an impact in the U.S.’ They are following the steps of BTS, BlackPink, EXO, BigBang, and PSY. They are definitely proving their popularity and merging to be as famous as BTS, or even more.