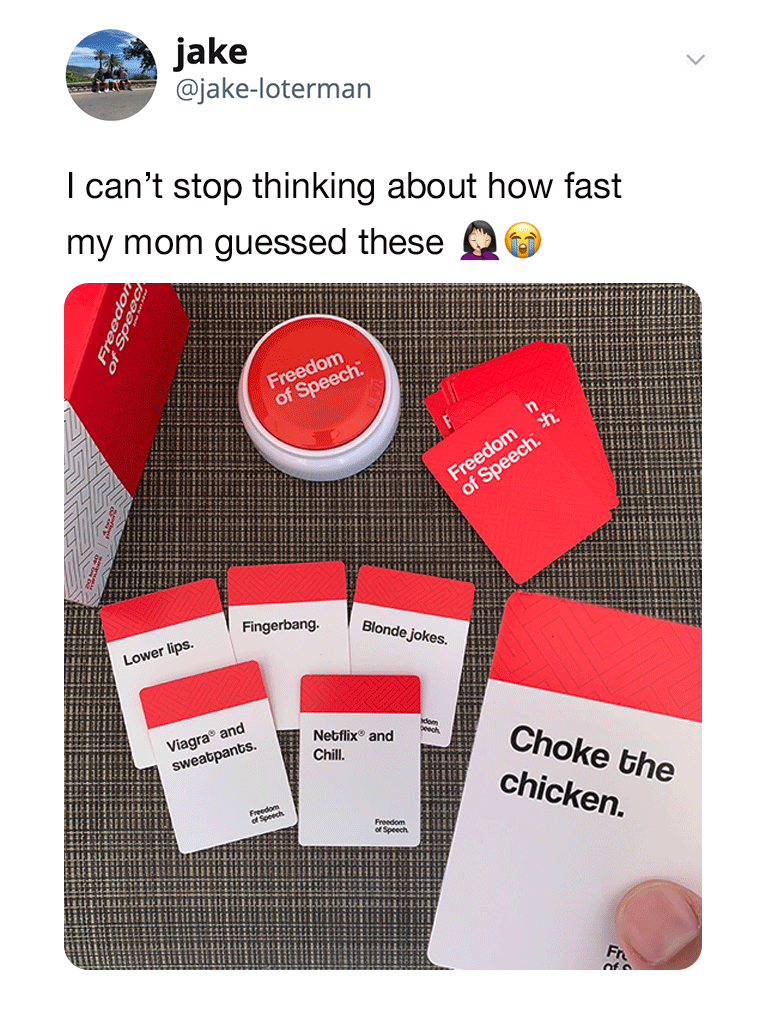 Now we all know that Cards Against Humanity is a fun game, but if you play it often enough you memorize its cards and prompts, leaving you with chuckles rather than belly laughs. If you’re in the mood to freshen your gameplay and introduce yourself and your friends to a new and exciting game you should get Freedom of Speech, the game ( created by Nico Muoio ).

This hilariously inappropriate game first has your group split into two teams sitting at a table or in a circle, with every other person being on the same team. A player from the team which goes first (which can be decided through a game of rock, paper, scissors) picks up a card from the deck, hits the 60 second timer and tries to get their teammates to guess the word or phrase on the card.

The game is not as easy as it sounds however, as the player with the card cannot say the words on the card, act the card out, or point to its subject. And this all must be done as the timer gets louder and louder and beeps faster and faster. After either the timer runs out or the first team correctly guesses what it on the card, the second team then gets their turn. Turns in Freedom of Speech rotate counter-clockwise, with the player to the left of the previous player picking up the next card in the deck and then continuing to try to get their team to guess the next card. The first team to correctly guess 21 cards wins the game and eternal bragging rights.

Freedom of Speech makes a strong effort to really make your Friday night as fun-filled as possible, as shown by these actual reviews of the game:

You can check out the Freedom of Speech game right now on their website here.