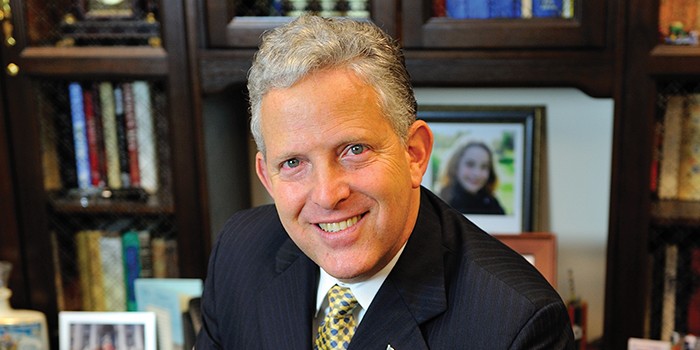 Gary. S Lesser is a West Palm Beach Attorney and the Managing Partner of personal injury firm, Lesser Landy & Smith PLLC. He was recently elected as the President-elect Designate of the Florida Bar.

Dori Foster-Morales is the current Florida Bar President and is “arguably the most influential marital and family law attorney in the State of Florida.” Since 1998, Dori-Foster-Morales has been the Managing Partner of Miami-based Foster-Morales-Sockel-Stone LLC. In 2017, Dori was awarded the Legal Luminaries award by the Dade County Bar Association as the Top Matrimonial and Family Lawyer in Miami-Dade County. Morales was also designated as Women Extraordinaire Winner from Business Leader Magazine.

Michael Tanner is the current Florida Bar President-elect and is listed in The Best Lawyers in America for Bet-the-Company Litigation, Commercial Litigation and Appellate Law. He is is shareholder at Gunster, a 90 year old business law frim based in Tallahassee, Florida. He is also named among The Best Lawyers in America as a 2019 “Lawyer of the Year” in Jacksonville for Appellate Practice.

Gary Lesser defeated a Miami business lawyer and a fellow Board of Governors member, Steven W. Davis, by 63% to 37% in an unmatched virtual vote race. The voting took place among Florida Bar members. Lesser won the President-elect Designate of The Florida Bar after receiving 11,817 votes, whereas his opponent, Davis, was only able to receive 6,922 votes.

Lesser is reported to have said about his win, “I am grateful for all of the lawyers across Florida who voted for me and supported me. My family supported me every step of the way. I look forward to working with the amazing lawyers of the Florida Bar so we can continue to serve our profession and the clients we represent.”

He also added, “For me to be President-elect and then President is the best opportunity to help Florida lawyers and to help people living in Florida. The President sets the agenda. The Board of Governors, elected from all over Florida, vote on decisions.”

Michael Smith, or better known as “Mickey,” is Lesser’s law partner at his firm. He applauded Lesser after his win and said, “Gary was born for this job. Service and leadership are in his DNA, and he has been dedicated to helping the legal profession for many years.”

As the President-elect Designate of The Florida Bar, Lesser aims to launch a campaign that will create awareness and educate the general public regarding the benefits of hiring a lawyer to look over real estate transactions, prepare wills, and protect them in several life occurrences.

Lesser was inspired to add this goal to his plan after reading the results of a poll conducted several years ago. The results showed that approximately 80% of people in the state who were surveyed said that they wouldn’t hire an attorney because they feel they cannot afford it. Incurring a large legal fee is a huge concern for Floridians.

Lesser is a strong believer in spending time doing pro bono work. He loves using his experience to help the disadvantaged and underserved people in the state. Lesser has been involved with Palm Beach County’s Legal Aid Society since he first became a lawyer.

Lesser has been on the Board of Governors for ten years now. He has chaired the Legislation Committee thrice and served as an Executive Committee member for four years. He has also been a member of numerous other board committees such as the Special Committee for “2017 Constitution Revision and Strategic Planning.” Lesser has also chaired the Professional Ethics Committee.

Lesser is a board liaison and a member of the Health Law Section. Since 1992, he has been affiliated with the Palm Beach County Bar Association. He has also served as a chair for the Association’s Medical Legal and Professionalism committees.

Lesser has been working at his current firm since 1992, but before joining, he was an intern at Aronovitz Trial Lawyers while he attended law school. Lesser was also a part of and contributed to the Homeless Legal Project of Miami-Dade County. He has worked on several personal injury cases such as wrongful motor vehicle deaths, pedestrian deaths, and sexual abuse of minors.

In a conversation with The Florida Bar, Lesser said, “My leadership style is very collaborative, which is the best way to get the best solutions and results.” He also went on to add, “While I have some things I definitely want to get accomplished as Florida Bar President, this will only happen by working with and listening to other lawyer leaders and working with voluntary bar associations.”

Lesser’s journey of becoming a lawyer and then the President-elect Designate of The Florida Bar was inspired by his father and grandfather. “When I was little, I decided that I was going to work with grandpa, forever. I had great role models in my grandfather and my dad. I wanted to do that. My grandfather, and my father, loved being a lawyer and loved helping the community, so that is all I ever wanted to do,” Lesser said.

Lesser, 53 years old, is currently married to Jennifer and has three daughters named Lillian, Josie, and Rebecca. They all live in Palm Beach Gardens, FL. Lillian, his oldest daughter, follows her father’s footsteps and is in her first year of law school.

The balloting that selected Lesser as the President-elect Designate also decided a Board of Governors’ race and a runoff for another race. Seat 6 at The Florida Bar Board of Governors for the Eleventh Circuit will be given to Leslie B. Rothenberg. She outpolled Frances G. De La Guardia by 129 votes. The race for Seat 4 for The Fifteenth Circuit will be a runoff between Michael J. Gelfand and Manuel Farach. Eligible voters in the Fifteenth Judicial Circuit will have access to the ballots for the race or before April 1st, 2021.