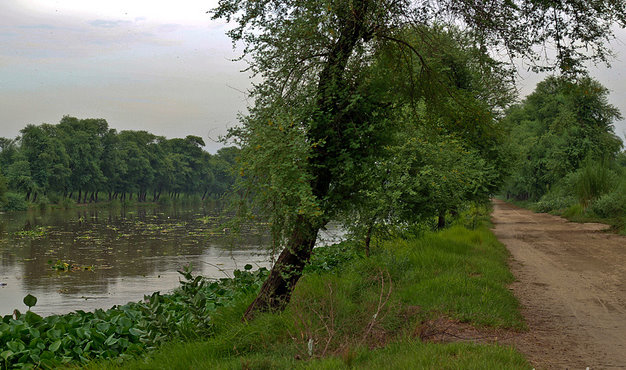 Sahiwal Division is famous for many reasons and one of them is Daud Bandgj Mazar. Shergarh is located at a distance of about 18 km from Renala Khurd on Hujra Shah Muqeem Road. The literal meaning of Shergarh is Sher Kachhar. The town is of great historical significance. It is said that in the 16th century AD, Fateh Jang Khan, the governor of Multan, named the city in honor of Sher Shah Suri, the Afghan king in India. He also built a fort here and stayed here for some time. Shergarh is famous for the shrine and annual festival of the famous Sufi saint Dawood Bandgi Kirmani. He was born in Sitapur, a village in Muzaffargarh and lived and died here after migrating to Shergarh.

His ancestors migrated to Pakistan from Kerman province of Iran. His followers claim that his lineage goes back to Al-Rasool. After receiving his early religious education from a spiritual leader of Ochh, he worked for Sufism in Shergarh. He studied at Sahiwal, Faisalabad, Sheikhupura. , Converted many tribes of Hafizabad and Gujranwala to Islam. Although Dawood Bandgi stayed in Kirmani Shergarh, he did not do much at the local level as most of the local tribes like Wattoo and Joey were followers of Baba Farid Rah of Pakpattan. The followers of Dawood Bandgi Kirmani are mostly from Rajput, Jutt, Work, Bajwa, Chatha and Sahi tribes. According to his followers, he converted about 35,000 people to Islam and about 365 people received the blessings of Sufism. His prominent followers include Bala Pir, Abdul Qadir Barwani, Wahab Chishti and Kamal Chishti. After his death in 1575, his nephew and son-in-law, King Abdul Mouli, built a mausoleum on his tomb, which many devotees come to attend in March when the Urs celebrations begin.

In addition to his disciples, his shrine attracts many curious travelers, calligraphers and artists. The shrine was maintained by his successor, but when General Ayub Khan reformed the land records, the endowment department took over the management of the shrine. From the ancient coins and antiquities found here, it is clear that this town is of historical importance and its archeological sites go back to the Kishan Empire. Famous Pakistani film producer Syed Noor has tried to represent the culture of Shergarh in one of his films “Bangles”, which depicts scenes from the annual festival in Shergarh.