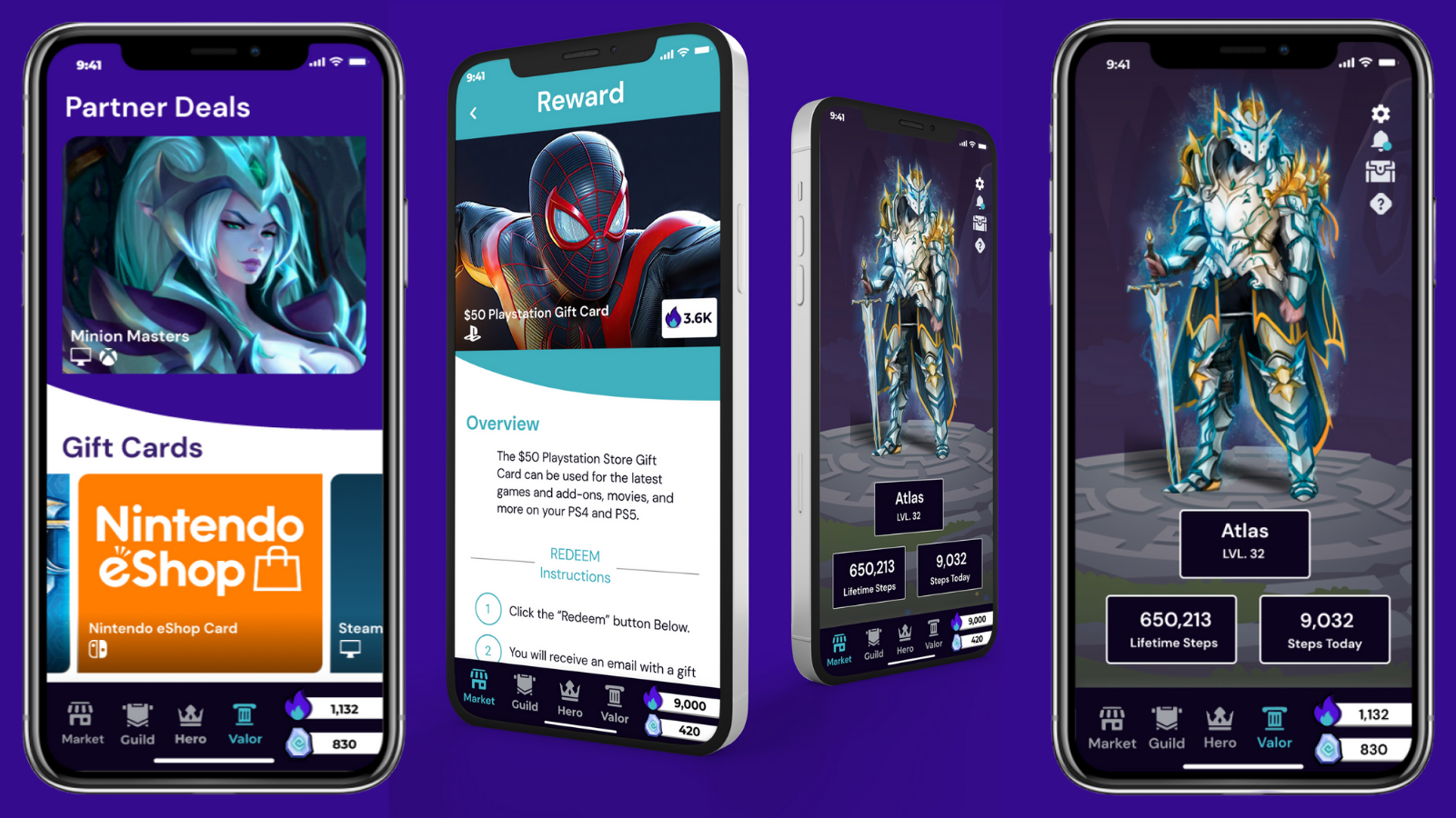 What do you think of when you hear someone classify themselves as a “gamer”? If you’re an older millennial or Gen X-er, you might conjure a mental image of someone who “has no life”, opting for virtual escapes from reality rather than facing the world head-on. If you’re a younger millennial or Zoomer, however, you likely imagine one or more of your favorite YouTube or Twitch streamers playing through one of your own favorite game titles.

Regardless of what you think of when you hear someone say they’re a gamer, it probably isn’t an image of a perfectly healthy, fit, and active individual. Though this misconception is a relatively new one in our current zeitgeist, it remains a misconception nonetheless: one that the mobile app Hero Trainer and its forward-thinking founder seek to eliminate.

When Pokemon GO launched in the summer of 2016, gamers worldwide were introduced overnight to the capacity for augmented reality (AR) technology to combine the experience of playing video games with exercise, but predominantly only targeted fans of the Pokemon gaming franchise. For gamers who are fans of other franchises such as Call of Duty (CoD), World of Warcraft (WoW), or League of Legends (LoL) to name a few, there were no options for platforms that blended gaming with exercise.

Though there are dozens of fitness apps as well as hundreds – if not, thousands – of mobile gaming apps, blending the two has often been a difficult endeavor for one simple reason: gamers get bored easily.

“Hero Trainer is the first fitness app made for gamers because it helps users stay engaged with exercise and gaming consistently,” says the app’s founder and creator Yash Jain. “Gamers love video games for their growth. Our app mimics that growth so gamers who use it always know where they are in terms of rewards progress, and always know how much more they will need to exercise to reap the benefits we offer them.”

For gamers and workout enthusiasts alike, growth is key to retention. When gamers quit a game for good, it tends to prompt the game’s developers to create new content or new rewards tiers to entice gamers to return to the game. When people quit exercising, it’s generally because they aren’t satisfied with the results they see. As Hero Trainer’s founder, Yash says when he sees lower retention rates with his app that, “it means I have failed them in their quest to get healthy. I might not have made the rewards enticing enough for them or the content engaging enough for them to continue using the app.”

By creating content that uniquely blends the gaming experience with exercise and the goal of a healthy lifestyle, Hero Trainer utilizes trends of the gaming industry to encourage positive enforcement of its users’ healthy habits, but by consistently working to improve the experience of the user, Yash and Hero Trainer can continually motivate gamers using the app through consistent and quality content to help them achieve their health goals.

The Value of Encouragement

Part of what has helped make Hero Trainer so successful in motivating its users consistently comes through the app’s partnership program, which allows games to register as a Hero Trainer partner to allow users to earn rewards for a specific game through the app. This has been highly attractive to indie game companies. Users can also sign up through Hero Trainer’s influencer partnership program which allows them to reap the rewards of the app by encouraging others to start using the app via social media, as well.

Hero Trainer’s first gaming partner was Beta Dwarf, the maker of the “Minion Masters” game which Yash says “cemented Hero Trainer” as a certified platform. When asked which other companies he would love to see Hero Trainer partner with, Yash says that Bungie is one high on his list of targets.

“When I choose a game company or partnership, I want to make sure they are an ethical company or a company that strongly values their employees. [Bungie] has a non-profit organization that provides therapeutic care to hospitalized children,” which Yash says is one reason why he would love to partner with the company who owns the license for titles such as the “Destiny” and “Halo” franchises. Companies like Naughty Dog and Nintendo are also target partners for Hero Trainer, but Yash says he isn’t content partnering with only video game companies.

“In the future,” says Yash, “I look forward to partnering with gyms, gaming affiliate products, and fitness apparel companies,” in order to offer Hero Trainer’s users a broader range of potential rewards and benefits to help guide them through their health journey.

Encouraging healthy habits and lifestyles is a mindset that every company should adopt and instill in its customer base simply because it’s the right thing to do. Though they traditionally haven’t done so, video games should be no different, according to Yash.

“Healthy is sexy. It attracts more followers, which in turn attracts more businesses to advertise on your platform and sways public opinion positively. People want to be associated with a brand that has healthy people as users,” and gaming is no different. The gaming industry is currently undergoing a remarkable transformation with more and more gamers from all over the world and all walks of life striving to become healthier versions of themselves, especially during and after the impact COVID-19 has had on society. Gamers are not simply gamers anymore, they are now also beauticians, powerlifters, cosplayers, and more, which is why Yash says it is all the more important for gamers (and the gaming industry) to break past misconceptions about the persona of a “gamer” in order to create a more diverse and inclusive industry.

“The current sentiment of gamers, by and large, is that they are lazy unproductive members of society with no future,” Yash says. “Hero Trainer has a two-pronged approach to tackle this misconception: first, we showcase existing members who are the complete opposite image of that misconception; secondly, we offer extra help to people who may need it in order to get healthier and reach their physical health goals.” To back up Hero Trainer’s approach, Yash mentions how one of the app’s users, Landon Turner, is a former NFL athlete and an avid gamer who loves playing “The Elder Scrolls Online”.

“For the gamers who may need some extra help or encouragement to become and stay healthy, Hero Trainer helps them directly through the app,” says Yash. “Our discord channel and the guild feature chat system in the app both help encourage users to meet and support other people.”

The results, according to Yash, have been astonishing. The support of Hero Trainer’s users doesn’t just stop in the fitness space. Indeed, some of the app’s users have even asked for advice regarding taxes, finding jobs, preparing for exams, or even cooking through the app’s community chat and support features. In response to this, Yash simply adds, “Diversity creates opportunities for greater synergies.”

Hero Trainer is the first official fitness app that rewards gamers with real in-game content. To learn more about how to download or use the app, or even how to become a gaming or influencer partner with Hero Trainer, simply visit www.herotrainer.io today to learn more.