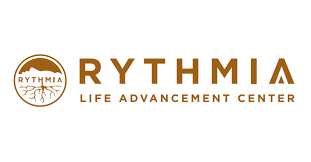 Rythmia Life Advancement Center is focused on incorporating plant medicine into metaphysical teachings. The results of its program are spectacular, with over 95% of its 12,000+ clients reporting a life-changing miracle during their stay. Due to this world’s most famous Mexican-American, dog behaviourists are interested in the Rythmia Ayahuasca retreat.

Cesar Millan joined Rythmia Life Advancement Center as a Board director. Cesar Millan born César Felipe Millán Favela in August 27, 1969. On his joining, Gerard Armond Powell, CEO of Rythmia Life Advancement Center, said, “I am so excited for Cesar to join our Board of Directors,” Also, he said during his presentation on the board our clients are going to benefit greatly. Cesar Millan is back! 2021 brings the upcoming launch of a brand new TV show, VIP events at Cesar’s Dog Psychology Center, & a new educational platform for Training Cesar’s Way as we go digital.

“Cesar’s Recruit Asia” is his latest TV series, where Cesar Millan heads to Asia in search of the region’s best dog trainer. Cesar is looking for a unique talent to become a local leader in his global mission to prevent dog abandonment and help desperate dog owners achieve harmony with their pets. He said, “Dogs don’t rationalize. They don’t hold anything against a person. They don’t see the outside but the inside of a human.” It shows that he has a keen interest in and knowledge of changing human behaviour.

Under his Training Cesar’s Way brand Cesar Millan provides widely popular and exclusive training courses, which make him an innovative product line entrepreneur. In dog behaviour and rehabilitation, Cesar Millan is one of the most demanded people after authorities. Cesar Millan always says, “No dog is too much for me to handle. I rehabilitate dogs, and I train people. I am the dog whisperer.”

The Cesar Millan Foundation for better humans, the better planet has taken his fame as a world-renowned celebrity dog behaviourist to a new level. Ayahuasca exposes the gap between who you think and who you are. In many cases, the gap was immense, and the pain of seeing it for the first time was practically unbearable. “I have never met a dog I couldn’t help; however, I have met humans who weren’t willing to change.” Cesar Millan said.