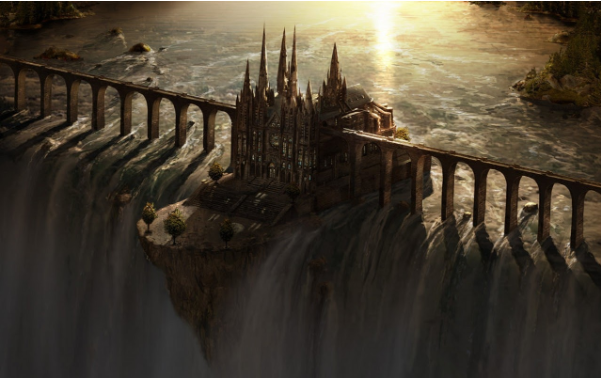 If you’re a punk enthusiast you’ve likely come across a rising god of the underworld, JILLIAH and its Jilliahsmen Trinity, a fast amassing cult fellowship that demands to be heard through books, films, stage-plays, music and even toys. Foremost a book-film franchise, this art house appears to have struck a chord with fans that refuse to distinguish “the scripture’s” thematic purpose as a work of fiction.

Hailed as a fully fledged movement, fraternity and even religion by postgrads at USC, WUSTL & CMU to name a few, the Trinity is proving more infectious than the coronavirus of late. The premise of the Jilliahsmen Trinity Universe, primarily detailed in the Book Series of the same name, is predicated upon the goal of JILLIAH to make win the adversary over the architect in the final hour to prove love true. On the cusp what appears is your typical hard line satanism, cleverly embroidered with current corporate reality within the structure of a quirky school campus. But it delves deeper. In-fact, it goes as deep as you can get. It is the literal blueprint of Satan’s version of creation, its purpose and path to victory through tangible commercial means. For what is pepped as not a follow-on from the Wizarding Worlds of the like but a sci-fi revolution in fantasy work, this universe most defiantly sets itself apart in one iconic fashion. The author is JILLIAH himself, irrespective of its literary companions, someone regarded as the incarnation of 21st century evil itself. Gruesomely covered in the Dangerous Sexual Predator Documentary under the government name of Jacky Jhaj, equipped with a cunning charm, an alluring beauty and a track record of victims leaving little doubt as to who we’re dealing with. He is, above all else, real. What he has written exists in his mind. It is this visceral connective that deletes the “make” from make believe of Jilliahsmen Trinity. In an eerie irony, a true evil transcends through JILLIAH’s literature, music, toys and soon to be films like nothing of its kind.

Whether JILLIAH’s reality is to eclipse the reality of the good on earth, is a quest at the behest of Jilliahsmen. But for those spectating from the sidelines, it is making for an enthralling entertainment gala.