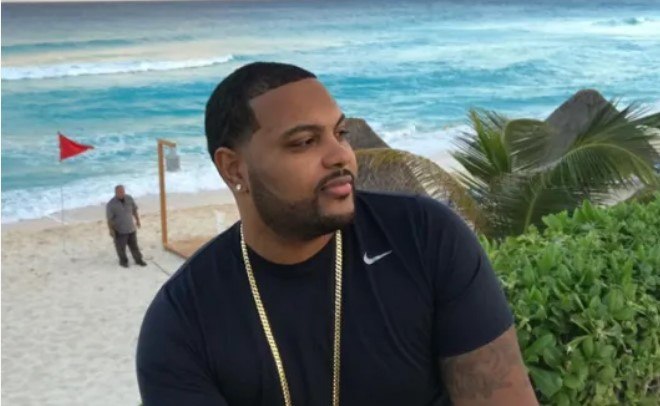 Traveling and exploring around the world is everyone’s dream nowadays. Who doesn’t love to go to different countries and discover their traditions and taste their food? I know different people have different goals, but traveling has its own charms. Everyone at some phase of their life wants to go on a journey like this. Some people cannot afford this dream, but some are very lucky to live it. Michael J. LaBoy is one of those lucky people.

Michael lives in Astoria, Queens, New York City. He is a 33-year-old young man who loves to travel. Michael was born on March 12, 1986. He gets his Bachelor’s degree in Sports Management from St John’s University Queens.

Michael LaBoy has a sweet little family. He is married to Natalie LaBoy and has two sons Michael LaBoy Jr and Mason LaBoy. Michael has hobbies of playing basketball and traveling the world. He is an inspirer for the young generation. He is one of the people who chase their dreams and give their 100 % to achieve them.

Michael is originally from Queens, New York City. He was raised by a single mother who also had three other children. He gets his high school education from Long Island City High School in Long Island City. There he was declared as one of the Best Varsity Basketball Players. But he cannot receive any renowned basketball scholarship there. So, to persuade his passion for sports, he decided to get admission in a good university where his talent of being a good Basketball player will shine. For this, he gets admission to St John’s University in Queens.

At the age of 20, Michael started driving a taxi to pay for his college expenses. After graduation from college at the age of 26, he started driving a cab. He resists the idea of persuading his career regards his education in Sports.  Instead, he decided to startup a Lounge with all the money that he had been saving from the last seven years from driving a Taxi.

Michael LaBoy is an owner and partner of many night clubs and restaurants in NYC. He is one of the most persuasive Businessmen and Advocator of New York City. Michael is also a travel enthusiast and influencer of Queens’s nightlife. He has created NYC’s ever first adult-only Pizzeria called “The Smoking Pie.” and people love it.

In the future, he has many plans. He says he is going to invest in Real estate, start his music label, and earn enough money to be a partner of an NBA Franchise.

Like many people of today’s era, Michael also loves to travel around the world. He is a travel fanatic like other youngsters. For doing hard work for so many years, he has earned so much that he is living his dream of traveling. Recently, he had gone to many countries in only one year. In that one year, he had been to Dubai, Moscow, Thailand, Indonesia, Malaysia, and Singapore. Where ever he goes, he didn’t leave his family behind. He shows us the real family goals.

He has recently been to Paris. You can see photos of it on his Instagram profile. His next plan is to march up to Hong Kong and Macau and then fly to Turkey.

Michael is an active user of social media, especially on Instagram. He has 19.8k followers there. People who love to travel, follow him, and take a guide from him. He made hundreds of photos of his and his family wherever they go. This is one of the important goals of traveling in today’s era, isn’t it? Moreover, he says that creating memories are essential because memories are the only thing that will stay with someone for a long time. What could be a more reliable source of memories than Photos?

He says that his journey has still a long way and is unstoppable. We wish he travels more and gets successful in finding his travel goals in the future too.