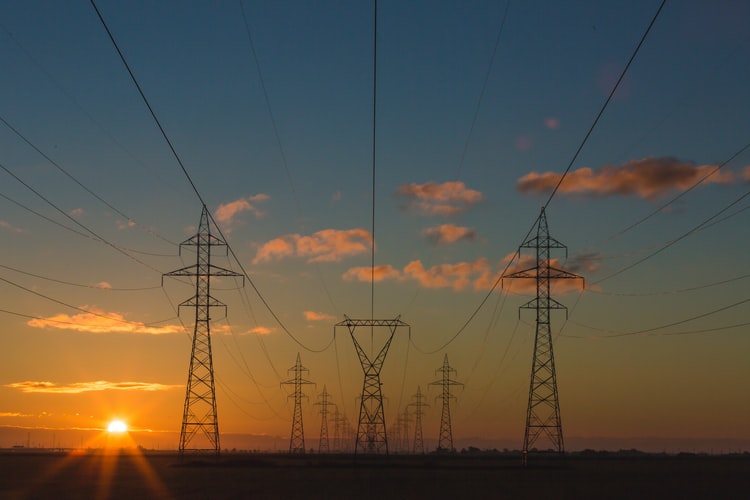 Straddling both the Atlantic Ocean and Mediterranean Sea, Morocco has leveraged its natural resources, geographic proximity to Europe, and burgeoning sustainable tech industry to become a major sustainability leader in North Africa.

Morocco’s pivot towards sustainable governance began all the way back in 2009 when King Mohammed VI launched a landmark energy transition program to expand the nascent renewable energy sector and shift the country away from fossil fuel reliance.

So far, this program has been nothing short of a triumph. In fact, thanks to the ongoing success of King Mohammed VI’s energy program, Morocco ranks seventh on the Climate Change Performance Index 2021, making it the only African nation in the top 20. If the adoption of renewable technologies continues at its current pace, Morocco will be on track to achieve its minimum target of a 52 percent renewable energy generation mix by 2030.

Spurred on by an enthusiastic popular response to the energy modernization agenda, the Moroccan government has since embarked on a range of secondary programs focused on shoring up key institutions, strengthening environmental protections, promoting economic inclusivity, and providing much needed technical assistance and capacity-building support to neighboring countries in North and Sub-Saharan Africa.

To realize these long-term sustainability goals, Morocco has taken a more active role in the region. For instance, in 2019, the Islamic Development Bank Group (IsDBG) established a strategic partnership with Morocco to deliver financing and technical support for solar energy infrastructure in other IsDBG member states. As part of this partnership, the IsDBG has directed that a further $337 million be assigned to developmental projects aligned with the UN Sustainable Development Goals.

Another key regional financing organization, the African Development Bank, has also signaled its support for Morocco’s sustainability leadership, appointing Mustapha Bakkoury, the President of the Moroccan Agency for Solar Energy, as the steering committee chair of the Desert-to-Power (D2P) project. A centerpiece initiative, D2P aims to use the abundant solar resources of North Africa to generate 10 GW of solar capacity in the impoverished Sahel region. If successful, D2P would supply energy to the 11 countries of the Sahel, connecting more than 250 million people to a reliable, clean power network. Importantly, the deployment of off-grid solar solutions in the Sahel would not only accelerate local electrification, but it would also significantly improve the region-wide business climate, potentially driving a 2-4 percent rise in the annual GDP of the Sahel.

On the domestic front, Morocco has continued to expand and diversify its energy sector. The centerpiece of this project has been the establishment of Noor-1, a massive concentrated solar power (CSP) farm near the city of Ouarzazate. Once the largest CSP plant in the world, Noor-1 provides enough power to run a million homes and reduces Morocco’s carbon emissions by close to 760,000 tons per year.

In addition to investing in a further four Noor CSP complexes, Morocco has also masterfully harnessed its offshore wind power potential to build 13 major wind farms, with plans to bring another 6 sites online before the end of the year. If Morocco continues to strengthen its wind turbine network along the Atlantic Ocean, the excess energy could be critical in decarbonizing key energy-intensive industries

in Rabat and Casablanca. If current network trends persist and if storage and transmission costs continue to fall, Morocco will likely be well positioned to become a major cross-border exporter to the lucrative energy markets of Spain and Portugal.

While the focus is undoubtedly on refining and exporting renewable energy technologies, Morocco’s commitment to sustainability also extends to less flashy agendas, including a suite of climate justice and ecosystem management programs. In 2016, Morocco worked with the World Bank group to open Oum Azza, a waste separation and recycling facility which treats more than 90,0000 tons of municipal solid waste per year.

The largest modern landfill facility in Morocco, Oum Azza employs disadvantaged Moroccans to sort and remove recyclable materials from the refuse pile, reducing waste and minimizing the amount of toxic material entering the nearby Bouregreg River. This is especially important as the Bouregreg River discharges through the Bouregreg estuary, an estuarine wetland identified by the International Union for Conservation of Nature as a regional hotspot for flora and fauna biodiversity.

As the COVID-19 pandemic has so aptly demonstrated, artificial economic metrics like GDP and the performance of financial markets often function as very poor indicators of social and environmental wellbeing. In a seminar run by the Polydisciplinary Faculty of Larache, Nizar Baraka, the former president of Morocco’s Economic, Social and Environmental Council, echoed this sentiment in a polemic speech where he implored the governments of North Africa to update their archaic economic models and reorient their economies to prioritize innovation, equality, sustainability, and inclusivity.

It remains to be seen whether the attendees will heed Mr. Bakara’s words. Regardless, as states across Africa begin the slow and painful process of re-opening their economies, Morocco’s rapid recovery is already serving as a valuable lesson in the immense economic, social, and environmental benefits of the sustainable developmental model.