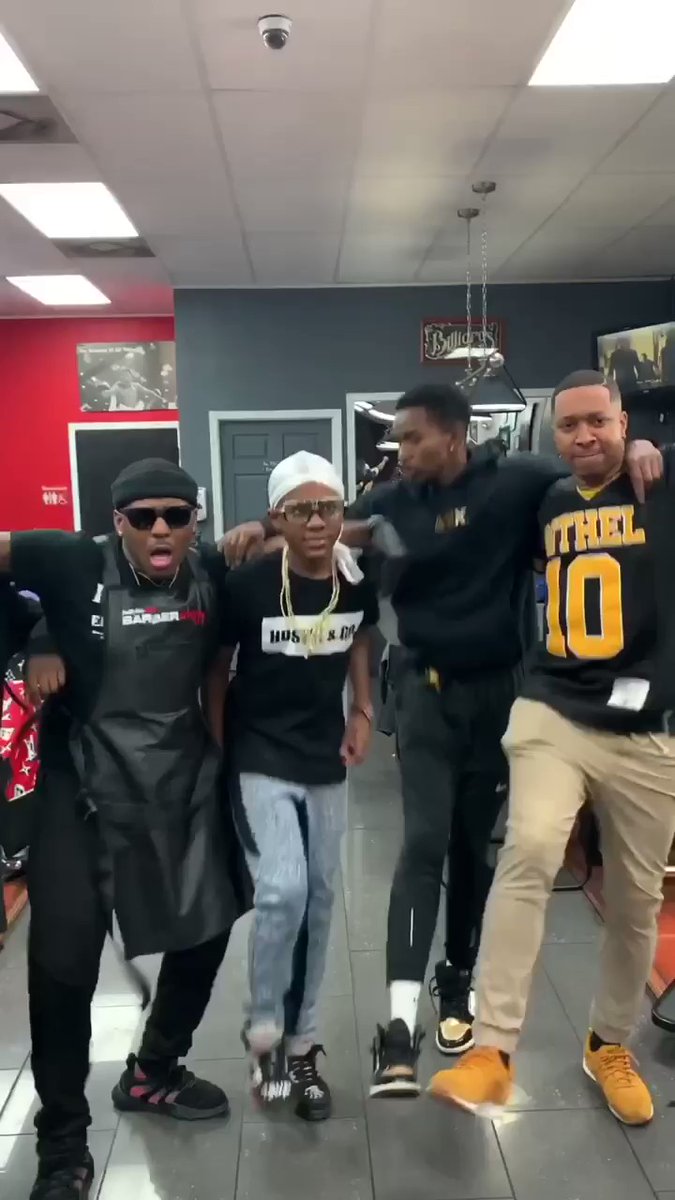 Who doesn’t love fun and entertaining content! Kenji is not your ordinary barber, he loves to be different with the content he creates. He will definitely make you want to get a haircut even if you are a female! That excitement from watching his videos just pumps you up to get that experience! He is the all-around barber the industry has been waiting for! Bringing something new and fresh to the field of hair!!

Kenji was born and raised in Hampton, Virginia with 4 siblings all younger two boys and two girls. He attended bethel high school and graduated in 2014! He later attended Norfolk State University majoring in Architectural Drafting Engineering, and graduated spring of 2018!! During his years in college he would cut hair in a campus dorm room for as little $10 a cut!!!! As he started to blow up over the four collegiate years he realized that cutting hair was really his passion! So after graduating he decided to make a big move and work for himself and take barbering serious. His dad who name is also Kenji owns a locally popular barbershop in Hampton called “In The Zone Cuts”. So kenjiTheBarber decided to work in there full time after graduation!

After realizing his passion for cutting hair, kenji wanted to do more than just cut hair! Looking up to some YouTube barbers like 360 jeezy, kenji the realized that barbering can also have internet entertainment! So kenji uses most social media platforms such as Instagram, twitter, facebook, youtube, and tik tok t broadcast his work! Kenji barbering videos are like no other on the internet! He takes comedy and latest dance trends and implies them into a haircut! His most recent dance barbering skit with celebrity dancer @d1.naya racked up over a 100k views on tik tok!! He records and edit all of his videos himself! Kenji is still growing fast and has many more videos he is working on, and he is building his youtube channel to start taking youtube more serious! Kenji says “cutting hair is my passion and I will do it until the day I die”. The passion for cutting hair has gained kenji over a thousand clients in the small city of Hampton he likes to call the “757”.

His journey is unstoppable, still has to go a long way, and soon we’ll get to listen to a lot of his successful travel stories. Till then, we wish him all the best for his future.