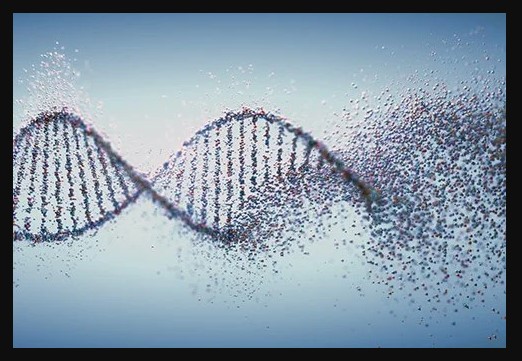 The treatment and diagnosis of genetic diseases are currently wide open. In this article, we will look at the development and history of such problems. Many people know that if we detect a disease in its mild form or at an early stage, the chance of survival is three or more times greater.

Artificial intelligence technologies are actively scouring the field and offer a wide range of applications to model the genome modification process. But their results are not always representative. In simple words, they are not 100% true, as the model works within the borders of hypothesis limitations. Now we will look at some issues, which scientists have in the field of genetics. We will disclose some concepts for total immersion.

What’s hard about finding a genetic disease in a person? Millions of people around the world ask themselves this question. After all, it can prevent serious health problems or even save lives. It takes an awful amount of budget to make sure that scientists have found the best way. Check the pattern, find a point-of-use, and you’ve done. The person will take the cure and heal. But in this area, the variety of possible outcomes is so wide that we need to check dozens of potential realities with hundreds of different side effects. Here, ML scientists can help in modeling.

Man began to learn about genetics in the 19th century. At that time, G. Mendel suggested that genetic traits are passed on from generation to generation. In recent years, we have not evolved badly in this area. An understanding of each specific element has come to us. We have learned to understand the genome, can decipher it, and even modify it. The genetic information is stored in DNA and also includes all the information about us. As pathetic as it sounds. Genetic information contains absolutely everything from information about your parents to possible diseases. Therefore, we need to delve carefully into this topic. Understand all these intricacies, because it is directly related to our existence.

What is the difficulty in finding the problem?

The DNA strand is a complex system made up of a billion separate pieces. The process of obtaining it is very hard. Imagine an anthill the size of a two-story house in which you have to count everyone and not get it wrong.

That is why the first method came into being. It is thereafter on an AI base that explores a certain area and then uses its algorithms to calculate the rest of the data. But after analyses and tests, it turned out that the material obtained was not always accurate. And there were problems with the analytics of the obtained material.

Because of this, another method was invented. It works with the molecule as a whole. By the way, it is more accurate and productive. So the topic is still being explored.

If you do manage to get all the data on the DNA strand, that’s half the trouble. Because genetic diseases cause all kinds of mutations. Mutations can be for many different reasons. For instance, You can get them from your parents or ancestors. Also, if you live in a place with high radiation or a constant emission of waste into the air. You may be surprised, but even viruses cause mutations in our bodies. But all of us are born with a certain set of mutations that we got from our parents. The most interesting thing is that the most dangerous diseases for us, such as cancer, absorb a huge number of different mutations. These mutations are often new and unknown, as well as rare. It is almost impossible to identify them manually. That is why it is so important to find the right way to find and verify genetic diseases.

The high cost of the study

Imagine how good it would be. If we could use the diagnosis of various diseases in early childhood. For example – cancer, hereditary viruses (herpes), allergies of all kinds. We would have important information. But at present, the cost of routine diagnostics, such as X-rays, costs thousands of dollars. Therefore, only very wealthy people can afford this pleasure. For most people, this path is closed. Let’s hope that AI can learn to do this kind of research quickly and accurately. So that we can all use it in our realities.

Since everything goes ambiguous, there must be a surefire way that will save people’s lives, after all. You’re right, there is one. Precise indicators that help find the root of the problem, as well as identifying the biological condition. They are called biomarkers and are divided into three types to work as faithfully as possible in all aspects of the body. They come in molecular, cellular, and imaging. In simple words, if we want to track pathology at the DNA level, such as a cancerous tumor, we would need molecular ones. If we need to see the problem on x-rays, we need imaging ones. Also, biomarkers used in medical practice must have a strict set of parameters and classifications. It’s done so that they could not harm an already sick person. They are used to track diseases such as:

Isn’t that great? With this method, you can also identify in advance the predisposition to some of the diseases presented.

Looking into the future ML

We understand how difficult it is to diagnose people’s health in the field of genetics. But ML has come to us and is already yielding some results. Statistically, in thirty percent of cases, we were able to prevent fatal outcomes in patients. By building models of the development of genetic diseases and structuring the statistics about the disease, collected in different clinics, we have been able to estimate the approximate number of people who have been helped by ML, which is already about several million. The pile of joint projects, the integration of databases, the shared best practice examples, and work with the united DB of medical data allow biotech scientists to bring the treatment and diagnosis to a new level.

In a perfect version of reality, the main task of humanity is to become overpowered by nature and all its vices. And it is not in vain, because how many lives can be saved because we will detect diseases correctly and in time, or in advance. Just all of us have a chance of dying from genetic diseases. On the one hand, we are already making progress. There are working methods. On the other hand, in most cases, they are not enough. Scientists believe that the sooner we get to an objective way of solving this problem, the more accessible diagnosis will be to the masses. After all, think about the numbers. How much money a simple diagnosis costs these days, is not what everyone can afford. How much more time will need to implement new methods. We can not know. What will they be? Let’s hope for artificial intelligence. That is why it is so important to find the best way to find and detect genetic diseases.