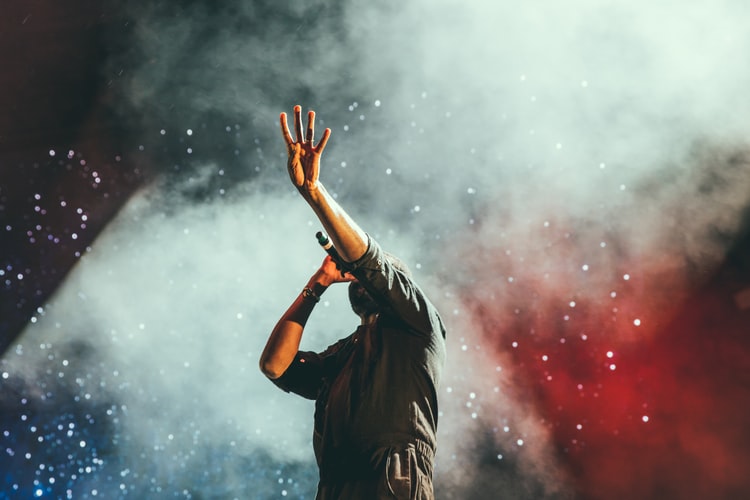 This New Year marks the beginning of a new decade. So the 2010’s are over and so with it, all the music releases from that decade. It was a period of progression for a range of genres, particularly in how we consume music. Significantly more emphasis is now placed on social media promotion and catchy songs that trend well on music streaming platforms.

In our look back at the past decade of music, we’ve chosen a few artists that burst onto the music scene for the first time and that really captured the essence of the 2010s era.

Up until his 2012 debut studio album ‘Channel Orange’, Frank Ocean was an unknown name. Upon release, his first album became an instant success launching Frank Ocean into the music spotlight. The album debuted second on the Billboard album chart to later become the biggest selling album of the year.

Frank Ocean is often described as an American R&B musician. Yet, compared to other artists, his style is rather unconventional with a soft mix of electro, pop and jazz-funk that harmonize really well. His music is a real breath of fresh air, which is why he achieved such quick success.

A few years ago, Drake was only known for his appearance in the early 2000s hit teen drama show Degrassi. Today, Drake is one of the biggest rap stars. His musical style is categorized as trap music; rap lyrics overlayed with heavy hip hop sounds. Common themes in his lyrical bars discuss money, drug use and women – common topics for most rap musicians. In 2015, Apple Music used Drake to help promote the release of their new music service.

Drake has been known to attend many NBA games to garner public attention. Being Canadian, he follows the Toronto Raptors and was at the centre of media attention during the Raptors 2018 to 2019 NBA season in which they won the final series.

During the 2010’s Ed Sheeran has released three different hit albums and another collaborations project album with notable big-name artists. Some of which include Khalid, Camilla Cabello, Cardi B, Chance the Rapper, Stormzy, Justin Bieber, Travis Scott, Eminem, 50 Cent, Skrillex and Bruno Mars.

Ed Sheeran’s career first kicked off in 2011 with his first album ‘+’ with another two albums released consecutively every three years – ‘x’ (2014) and ‘÷’ (2017). His early songs have a large folk influence, with more of his new songs featuring catchy pop beats. His song ‘Shape of You’ became the most streamed song of all time on Spotify.

Bruno Mars has been active as a musician since the mid-2000’s, although he didn’t release an album until 2010 titled ‘Doo-Wops & Hooligans’. The first two songs from that album, ‘Grenade’ and ‘Just the Way You Are’, became chart toppers.

His second album ‘Unorthodox Jukebox’ (2012) was a change of pace with the song ‘Treasure’ using a blend of old school funk, chillout and disco vibe elements, something that he continued to replicate. His most recent album ‘24K Magic’ (2016) was another smash hit with the songs ‘Chunky’, ‘Versace on the Floor’, and the single ‘Finesse’ featuring Cardi B.

Even through Ariana first achieved a breakthrough in the late 2000’s as part of her appearance on the Nickelodeon kids show Victorious, her musical career did not begin until her first studio album ‘Yours Truly’ in 2013. This initial release showed promising talent with soulful R&B vocals and parallels to Mariah Carey.

Ariana followed this up a year later with ‘My Everything’ in 2014. Her first premiere single titled ‘Problems’ featured Iggy Azalea. Although it was her song ‘One Last Time’ that gathered most of the attention. Ariana also recorded the smash hit song ‘Bang Bang’ with Jessie J and Nicki Minaj in 2014. She followed this string of success with three more albums, ‘Dangerous Woman’ (2016), ‘Sweetener’ (2018) and ‘Thank U, Next’ (2019). Overall, Ariana has remained successful despite swings in her career.