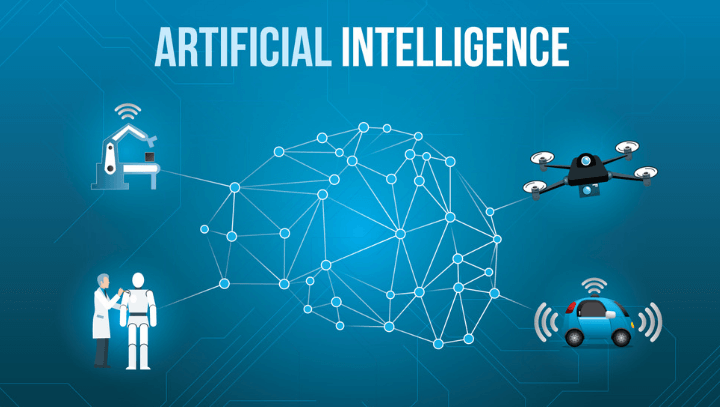 Artificial intelligence and digital technology gradually penetrate into all spheres of life of a modern person and makes it a little easier. Now we can buy plane tickets to Dubai, book a hotel in Austin or reserve NU car rentals in Las Vegas online, which eliminates the need to spend time on calls or personal visits to tourist centers.

Developers are constantly coming up with new ways to use AI and modern technology. For example, a couple of years ago we observed the appearance of chatbots and voice assistants, and already this year AI began to actively penetrate smartphones. Naturally, the development of technology will not be limited to this. Thus, here are the directions in which artificial intelligence will most actively develop in the foreseeable future…

In recent years, many large and small companies have begun to actively use chatbots. This tool often serves as a customer service manager – it answers questions, helps to make sales and provide feedback.

But we should expect that soon the role of bots will increase significantly and become more important. Technology has advanced and becomes smarter. Thanks to this, companies will no longer create just chatbots, but entire virtual agents with a face and virtual pseudo-identity.

Such agents will cause a greater emotional response from customers and, at the same time, cope with more complex tasks. For example, Autodesk already has an Ava agent with a female face and voice. This agent is part of the company’s image and, judging by the statistics, is much more popular with customers than the faceless chatbot.

Today, speech recognition technology will not surprise anyone. Voice assistants are in smartphones, smart speakers, smart displays and many other gadgets. At the same time, assistants become smarter, so that they can’t only answer specific questions or perform specific commands, but also have a multi-stage and meaningful dialogue.

Now, experts predict the emergence of an even larger number of companies and products using speech recognition technology. This will especially affect household appliances. Televisions, refrigerators, air conditioners – all this will be controlled by our voice.

When you purchase or simply search for something via the Internet, advertising begins to offer you products that, theoretically, may interest you.

Very soon, such systems will become much smarter. Thus, it’s expected that ad networks will begin to consider non-obvious things in recommendations, such as the emotional state and context of user requests.

Image recognition means not only the ability of AI to understand what is shown in the photo but in general the ability of the machine to recognize and analyze data from any visual sources. The technology is used in many different areas of life and looks very useful and very scary at the same time.

Thanks to image recognition, for example, Google helps sort photos in the Photo app and thanks to the same technology China is building a technological dystopia with global surveillance of its citizens.

When talking about forecasts in the field of cybersecurity, it should be noted that cloud technologies will become more dangerous. Indeed, cybercriminals are actively targeting cloud infrastructure. Not only repositories are under threat of attack and hacking, but also various software services and the Internet itself.

Artificial intelligence will be closely involved in protecting cloud infrastructure. There are already companies that train neural networks in real-time to detect and neutralize various cyber threats.

AI works faster than humans and detects threats earlier than the attack will cause serious damage. In general, soon we see the heyday of intellectual cyber defense.

Recognizing and interpreting face emotions is a difficult task even for a living person. But for artificial intelligence, this is no longer a problem. Affectiva has created an Emotion AI system that can identify key points on a person’s face. Then it analyzes the movement of these points and very accurately determines what emotions the object is currently experiencing.

One of the most interesting and unusual applications for this technology is the analysis of the mental state of drivers to improve road safety.

We are witnesses to the emergence of automatic driving. Of course, safety requirements still require the presence of a person in the cabin, but the industry is growing and developing further.

Theory and practice show that unmanned vehicles have many prospects – the robot makes mistakes less often than humans, which means that its driving is more practical. The future of artificial intelligence is primarily associated with vehicles operated by autopilot.

Over the past 10 years, all major automotive and technology players have been active in the unmanned car industry.