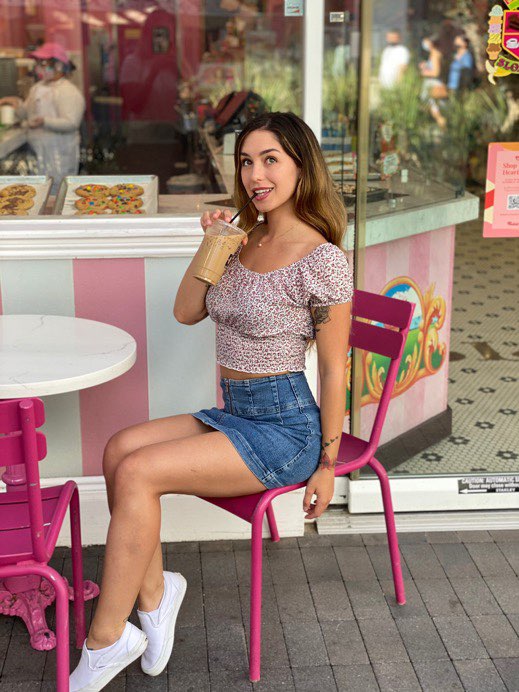 Who is Riley Summers? Well, she’s a 21-year-old free-spirited and incredibly popular Instagram influencer. In fact, her rise to fame was exceptionally fast. Riley has gone from zero to two million subscribers in the span of just nine months! What’s her secret? You can get an idea if you head over to her Instagram page.

Riley is a woman who is incredibly comfortable in her own skin, as you will see. She has such a high level of self-confidence that it has inspired countless others to boldly do what they have dreamed of doing but were afraid to. This is exactly the kind of influence she wants to be having on others. Riley has seen others struggle with self-confidence issues. This is why it feels great for her to be playing a role in freeing themselves from limiting beliefs.

Baring it all in photos and videos is something Riley has become a natural doing. She is always looking incredibly comfortable when she is showing some skin.

Riley can be an inspiration to people everywhere, especially if they are shy themselves. In fact, they would have a close companion in Riley because she used to be very shy as well. Actually, she is still known as the “shy one” in her tight-knit group of friends. However, she has always had an adventurous streak in her, and it wasn’t until she started working for a holistic advisor that she was able to break through limiting beliefs holding her back.

These days, Riley loves having fun just as others her age doing, like going on road trips, playing game night with close friends, and attending dinner parties. Even today, it can still take some coaxing to get her out of her shell. However, once she’s out, she’s wildly outgoing.

Riley believes being outgoing is the natural state, but we place self-imposed barriers in front of us. We think about what others will think of the choices we make about how we express ourselves. Most of our lives end up be lived as something we believe others want to see. For Riley, that is no way to live. She desires to be a free bird out of its mental cage…and she has achieved exactly that.

Riley has only been at the Instagram influencer game since February of 2020. That means she’s essentially brand new to being an influencer. With as much success as she has achieved already, it won’t be surprising if she becomes one of the most popular and most beloved models and influencers on Instagram soon.

Be sure to check out both her Instagram to see this free spirit having fun and showing off her incredible assets. Who knows, she may even inspire you to put yourself out there more and become as successful as she has!