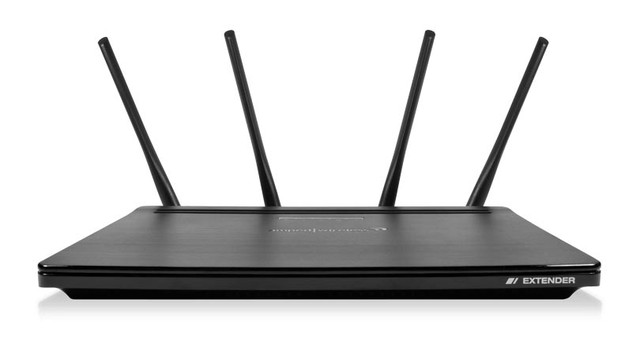 We will explain what a Wi-Fi extender is and how it works. It is one of the main alternatives that you have when it comes to improving the Wi-Fi signal of your home and getting it to reach the corners where you have less coverage. Hence, especially if you want to choose a extender to buy, it is important to know how they work.

It really is a very simple and simple device, so you’ll quickly understand how it works. But so that no one is left with any doubt, let’s try to explain everything in a simple way, first what it is and then how it works and how you can make sure you get the most out of it. You have to get best Wi-Fi extender from Reviewscon.com.

What is a Wi-Fi extender?

A Wi-Fi extender also called a Wi-Fi amplifier or repeater is one of the devices you can find to extend the coverage of your home network. Yes, wired connections are the best from the point of view of speed, but it is not always possible due to distance and number of devices to connect. And even the reach of your router also has its limits.

And it is precisely at these times that Wi-Fi extenders come into operation as the most economical alternative to expand the coverage of your network. What they do is to capture the signal of the Wi-Fi network that you already have in your home, and expand it so that it reaches further. The signal is exactly the same, with the same name for the Wi-Fi and the same password.

Therefore, what we have is a device that acts as a bridge between the area where you have good Wi-Fi coverage and the area where you want to expand it by having a weaker signal. This is done by capturing the Wi-Fi signal that reaches it and then expanding it with its own antennas.

This kind of “bridge” works in both directions. This means that not only does it take your router data to an area where its original coverage does not reach, but it also collects data from the devices in that same area and sends them back to the router so that there can be a smooth connection, and the experience is the same as if the router were there.

In some cases, in addition to expanding existing networks, some extenders also create their own fully independent Wi-Fi network, with a different name and another password. This has the disadvantage that you will have to reconfigure your devices to connect, although if you are always going to have those devices connected to the extender, it is a minor evil in exchange for a better operation.

How a Wi-Fi Extender works

As for its operation, this becomes quite simple. Wi-Fi extenders contain two Wi-Fi routers. With one the existing Wi-Fi signal of your home is collected, which is transfected to the second to transmit it again enhanced so that it has more range and reaches the corners where the router’s coverage does not reach.

The fact of mentioning an intermediate zone is not random, and the place where we place the extender is key to its proper functioning. You have to put it in a kind of intermediate point between the site where the router is and the area where you want coverage to reach.