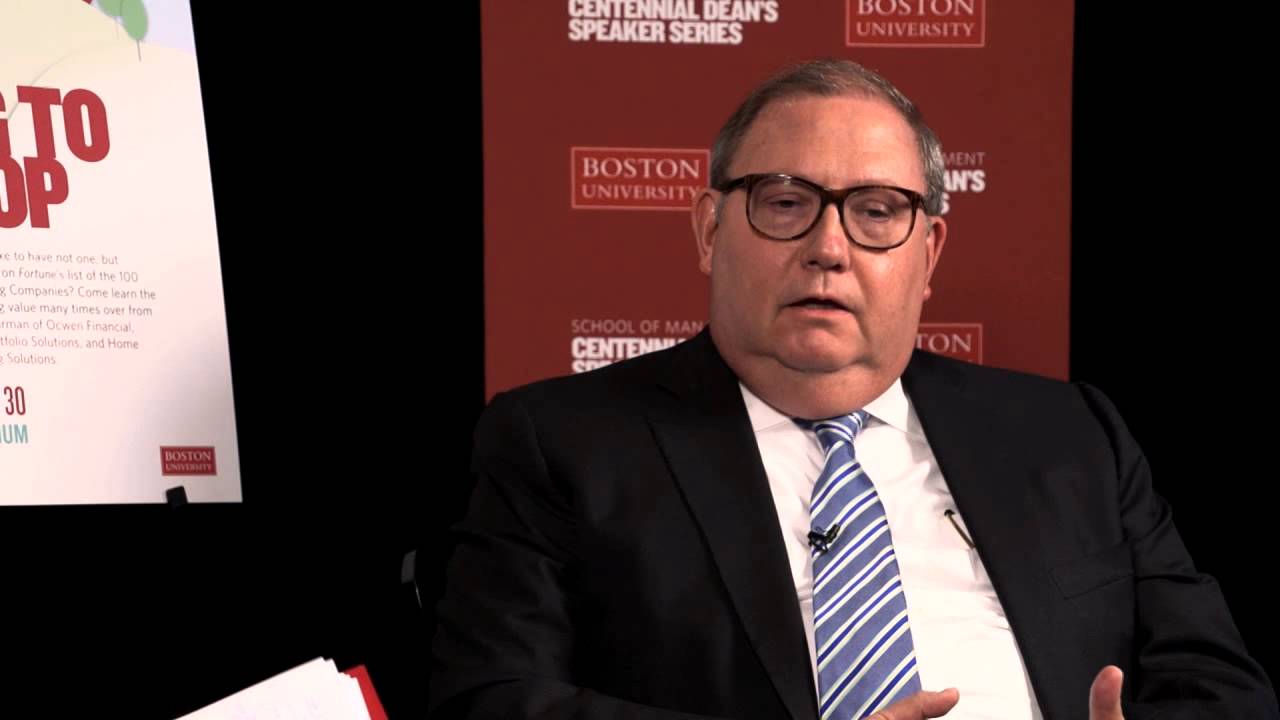 The great thing about the philanthropist and multibillion-dollar-company founder, Bill Erbey, is that he is not typical of his genre. He’s often publicity-shy and somewhat of a recluse. Yet the entrepreneurial ‘Renaissance man’ has always been happy helping others climb up the corporate ladder and build themselves a start-up success.

Erbey is a successful, serial entrepreneur who founded six, multibillion-dollar public companies in the United States, which just five years ago were listed by Fortune magazine as the eighth and 26th fastest-growing companies of the year.

Bill’s always been in front of the crowd when it comes to spotting a trend or investing in innovation. That is why we should take heed of the things that he says if we want to head onwards and upwards in the business world.

Early in his career, Bill Erbey worked for General Electric Credit Corporation, where he was given no easy ride. “I reported to a senior executive, and he had an identical philosophy to the Business School from where I had just graduated. The training pedagogy was similar to the United States Marine Corps; break the person down and build them back up again”.

Bill says his boss was relentlessly critical of his work. “But I was too stubborn to give in and vowed to show him”. Of course, Bill realized how much he really owed his manager. “He was trying to make me better. I owe him a lot. Seven years later I was tied for being the youngest general manager in the history of the company”.

Overall, he says GECC was a culture where one learned by osmosis. “I advise every young adult who wants to become an entrepreneur to work at least a few years with a highly successful corporation. It is undoubtedly the best education”.

There are people who look at a glass and see it half empty, but Bill Erbey is not one of them. He is always positive, and believes, as the song has it ‘Nothing’s impossible, I have found, for when my chin is on the ground, I pick myself up, dust myself off, and start all over again!’.

Bill says that optimism is essential for the up-and-coming successful entrepreneur. “I believe that one has to be an optimist and believe in what one is doing. There are too many setbacks in building a company and too many reasons to give up”.

Short, sweet and simply put, when you are setting up a business, often your initial idea will require a pivot. Bill stresses that would-be entrepreneurs “should make certain that they have a significant capital budget, so they do not go out of business before they have achieved their goal. It is important to bear in mind that everything takes longer and costs more than you originally anticipated”.

There are many red lines that investors wisely make it their business never to cross. Bill is specific about his. “A lack of solid patent protection and a complex and long development cycle would do it for me. There are many exciting opportunities that will require hundreds of millions of dollars of investment and decades to perfect. These are well beyond my scope of interest. I am attracted to solutions where the inventor has taken a unique perspective on a well-defined problem. A good example of this is Strataca, with respect to acute kidney failure”.

This goes hand-in-hand with Bill’s ‘Formula for Success’ advice to “Hire the best people possible, agree upon high-level goals and objectives, and then get out of their way! Establish a culture of hard work and attention to detail, while simultaneously encouraging inductive thinking”.

Finally, Bill says that you should never expect more from your workforce than you are willing to do yourself. He believes in setting a personal example at all times. “I used to work between 80 and 100 hours a week. I do not do these hours anymore. I am over 70 now and have cut back to 60 hours”, he says.

Going to work is Bill Erbey’s hobby; when some people like doing crosswords, Bill enjoys the mental challenge of solving problems. “I really enjoy what I do. I have also learned over the years that it is a good time to recharge the batteries”.

Bill exercises now more than ever, and says that the dividends are “amazing” in terms of energy, focus, and stamina”. So, like Bill Erbey if you talk the talk, you must quite literally walk the walk.