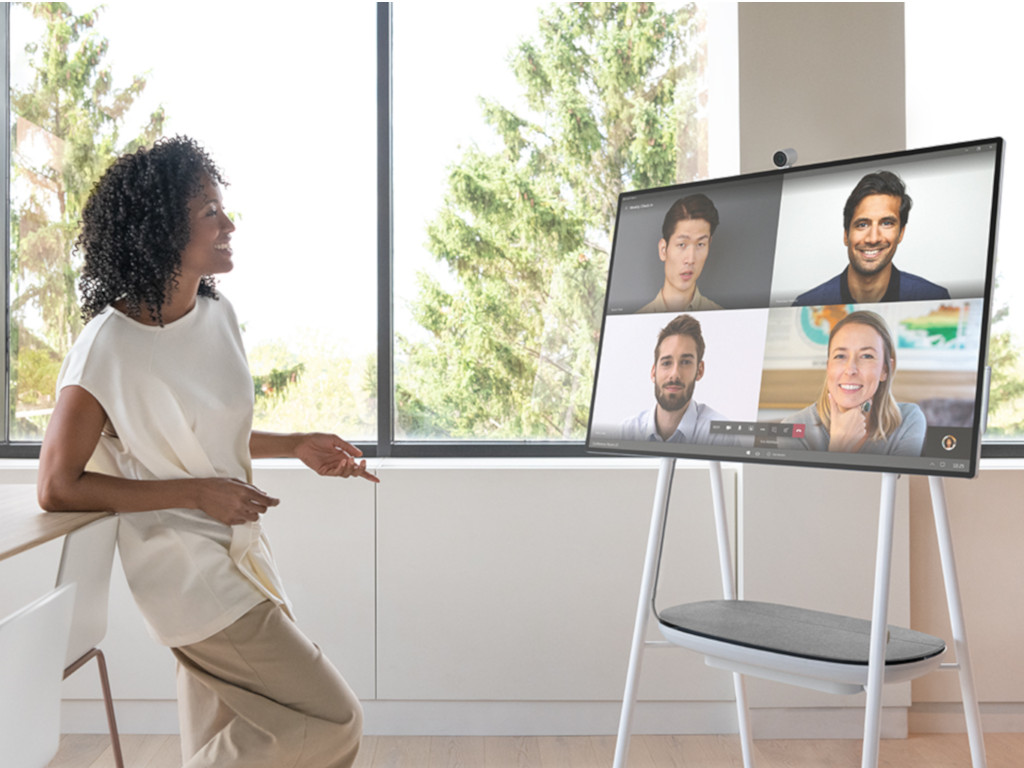 Microsoft has launched new Surface Hub 2S which is a smaller and sleeker version of the original Surface Hub. This Surface Hub is an all-in-one PC that is designed for the businesses to use in collaborative environments like conference rooms. This new Surface Hub 2S relatively smaller with 50-inch and 3:2 display and is designed to mount on the walls or can also be wheeled around in the office.

It has been said that this new Surface Hub 2S is 40 percent lighter and 60 percent slimmer than the original Microsoft Surface Hub 2S. It will go on a sale in the USA for an amount of $8,999 this June. Microsoft has also announced about the 85-inch version which will come into the market next year.

Surface Hub 2S is a fully functioning PC with a 4K+ screen and ultra-wide viewing angles. It has been provided with the anti-glare coating, and the borders are very thin. The device is powered with Intel i5 processor with 128GB SSD storage and 8GB RAM. It also possesses integrated Wi-Fi 802.11ac, fingerprint sensor, Bluetooth 4.1, USB Type-C and Type-A ports, Gigabit Internet Display Port video input and output, and an HDMI video input. Surface Hub 2S is designed as a modular so that all the PC components can be upgraded as a whole.

Each Surface Hub 2S consists of a Surface pen for digital note-taking and a 4K camera 90-degree viewing angle for video conferencing. There is an array of eight far-field microphones and stereo speakers with separate woofers which can be used in the audio conferences. The Windows 10 feature of multiple users signing can be used with the help of this Surface Hub. The trolley which is required to take the computer from one place to another can be brought from Microsoft only at $1,499, and there is an optional APC priced at $1,400 which will help in moving the system without shutting it down.