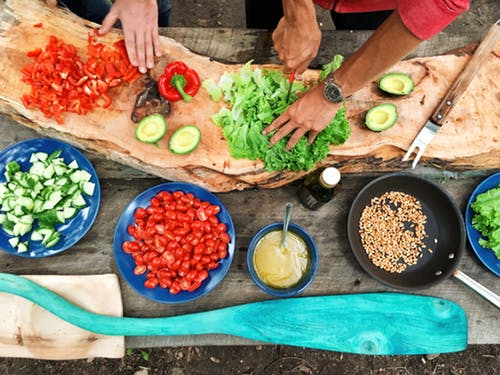 If vegetarian and vegan food was once considered boring, it’s now anything but. It’s booming. You only have to look at a prominent example such as West Coast Ventures Corp. (OTC: WCVC) and its Illegal Burger franchises. Illegal Burger CEO Jim Nixon is passionate about providing healthy alternatives without compromising on taste. It provides cannabidiol-infused burgers made with all-natural, quality ingredients. And the business makes sure to provide healthy options for an increasingly health-conscious market, including its well-loved Black Bean vegan burger. With strong values concerning the freshness, healthiness and quality of its products, this relatively small public operator earned over $3 million in revenue in 2018 and demonstrated an impressive 21.55% growth in the first quarter of 2019.

Greater Montreal, too, is hungry for vegetable gastronomy. In recent months, the number of gourmet establishments in the city offering dishes free of animal products has soared. This phenomenon opens the door to more diversified and tasty vegan cuisine than ever before.

Every year, for over ten years, the Montreal Vegetarian Association (MVA) has been identifying businesses that offer vegan and vegetarian products to their customers, including many restaurants and cafés. Initially, the addresses appeared on a small business card. Year after year, however, the directory has grown. According to Florence Scanvic, president of the AVM: “It has exploded in the last two or three years!”

The 2019 edition reflects this reality. In thirty pages, the AVM’s directory of vegetarian and vegan stores welcomes 102 new stores, an increase of 30%. Among the 354 addresses identified are 33 cafés, 66 restaurants, 20 pastry stores and 68 addresses outside the island of Montreal.

“This is a very good indicator that this wave is becoming entrenched in society,” says Scanvic. “For the moment, it’s mainly in Montreal, but we see that it’s crossing bridges, all the way to Sherbrooke and even Rimouski.”

Scanvic believes that the release of Canada’s new Food Guide, which focuses on a plant-based diet, has helped make the public more open to plant-based food.

A witness to this enthusiasm, the vegan fast-food chain Copper Branch now has 70 addresses in Canada, United States, Belgium and France. Not bad for a small counter that opened discreetly in 2014 near the Guy-Concordia metro station.

Its founder and CEO, Rio Infantino, had big plans from the outset. He wanted to offer people “a healthier, more accessible and tasteful offer,” while dispelling the prejudice that vegans eat “too many salads and tasteless foods.”

“There is a strong growth in supply at the moment,” Infantino says. “People now expect to have herbal options in restaurants.” Ultimately, Mr. Infantino aims to have a total of 150 branches by 2020, soon to be located in New York and Maine.

Similarly, WCVC’s Illegal Burger franchise focuses on community, as well as healthy, high-quality food and local ingredients. These constants have helped the brand pivot into the CBD space. It became the first publicly traded restaurant to launch a CBD-infused menu, helping WCVC earn more than $3 million in revenue in 2018, with consistent year-over-year growth. And it has already seen year-over-year growth of 21.55% in the first quarter of 2019.

For Emeric Hommey, executive chef of Lola Rosa, which has four addresses in Montreal, there is no doubt about the popularity of vegan food: “It has exploded in Montreal in the last six months! »

The chef was able to see how much interest there was in vegan food when he joined forces with chef Olivier Perret of Le Renoir restaurant in June for a week at the Sofitel Hotel. A vegan lunch menu was available in addition to the usual menu.

“It was beyond my expectations!” enthuses Hommey. He also observes a good mix among his customers, particularly at the new Quartier des spectacles, which serves 500 to 600 customers a day during the summer season. “About one-in-three customers has ordered the vegan menu, which is huge. The feedback we received was excellent, and for many customers, it was a first experience.”

Traditional institutions are also adapting their menus by offering more vegan options. For example, at Le Renoir, the breakfast menu was recently revised to include five vegan options and non-dairy smoothies.

“People are open, and quietly, we take the turn. We no longer have a choice, it’s no longer just a fashion, it’s a social choice,” says Olivier Perret.

With its “tartar” of smoked carrots and shiitake teriyaki (now part of the regular menu of Lola Rosa) or its “bourguignon” of mushrooms, the menu proposed at Le Renoir was a departure from old-fashioned ideas about vegetarian food.

“The growing acceptance of this type of food – whether by vegans who are convinced for environmental or animal ethics reasons, or flexitarians who are looking to add plant foods to their plates – opens the door to greater creativity,” says Hommey. He tells us that Lola Rosa will move to a 100% vegan menu over the next year. “What’s fun right now is that new styles are emerging and there’s now room for more advanced vegan cuisine, more technical and sophisticated dishes.”

He adds: “This creates a ripple effect not only for the public, but also for cooks trained in the traditional way who switch to vegetable-based cooking.” And he cites as an example their new pastry chef, Maggie Plourde, formerly at Maison Boulud, who takes the desserts from Lola Rosa “a tick higher up.”

Dominic Bujold is founder and owner of Le Lov, which currently has four addresses in Quebec. The most recent, in the Quartier DIX30 in Brossard, has been a hit since its opening, serving an average of 2000 customers a day. Le Lov will soon begin its international expansion with openings planned in Toronto (September), Paris and New York (2020).

“The vegan movement is trendy all over the world,” says Bujold, “and it gives us the opportunity to flourish. There is a major development of vegetable cooking at the moment, and this will be reflected in many kitchens. We will see vegan restaurants inspired by all culinary cultures, like Indian restaurants.”

The businessman, known for founding the Sushi Shop chain in the early 2000s, is currently developing a new brand, Sushi Bloom. “Today, I’m going back to the world of sushi, but since my heart is now ‘plant-based,’ I looked for the best vegan sushi in the world…. and I found them in Montreal at Sushi Momo’s!”

Dominic Bujold has teamed up with Sushi Momo’s founder, Christian Manuel Ventura Alatorre, and plans to open the first Sushi Bloom in Old Montreal next fall. “Botanical sushi and gourmet shared dishes will be served in a small room with an izakaya feel and a more intimate dining area, with imported organic sake and wines, and several Japanese-style cocktails.”

Whoever said that vegetarian cuisine was boring has not explored this gastronomy in recent years.