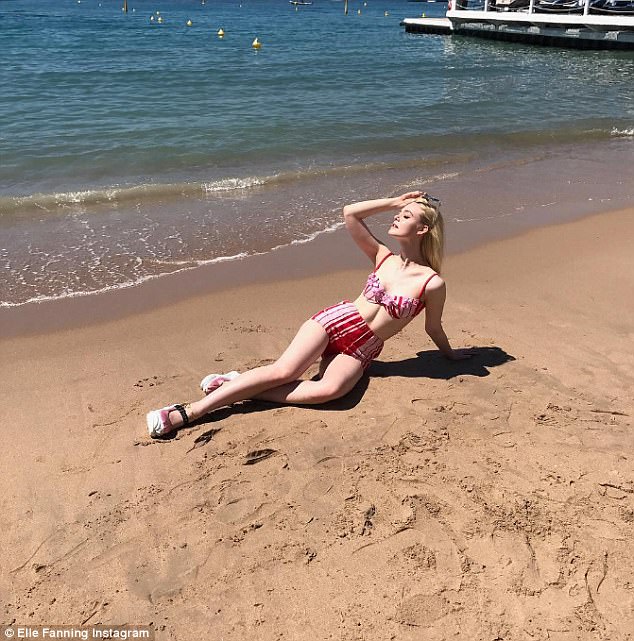 La Croisette has extended its well-known red carpet to give the kick-off to the 72nd edition of the Cannes Film Festival. An idyllic appointment with the seventh art, and views of the Costa Azul where cinema, and fashion inevitably come together. The French city will become the epicenter of the world thanks to the incessant parade of actresses and celebrities who give us trends and leave us some of the most memorable images of the year. Elle Fanning, who at 21 years old will serve as the youngest member of the jury, was one of the first to set foot on Gallic territory and her arrival has left no one indifferent. The reason? 4 impeccable looks designed by the stylist Samantha McMillen that has come to shine in less than 24 hours, responding to the frantic pace marked by the calendar of galas, press conferences, premieres, and presentations.

The reinvention of the suit as an airport look

The American actress showed nothing else to land in France that comfort is not at odds with elegance. Everything, thanks to a design that, a priori, we would never have imagined as the perfect travel styling. However, it solves an airport look with style by resorting to natural fibers and neutral tones, or what is the same, to an impeccable beige jacket with pure lines, signed by Stella McCartney. Agree with the patterns that dictate the season, flee from the tight cuts and opt for wide pants and a loose blazer. In addition, it incorporates a blue shirt, simple sandals and a Chanel fanny pack as a star accessory capable of transforming any basic.

A romantic cocktail dress for the morning

The protagonist of ‘Maleficent 2’ arrived, saw and defeated nothing else to appear before the first objectives that crowded in the famous walk of the Croisette, where he spoke about his film project ‘The Beguiled’. True to her style, romantic and with a retro and boyish point, she played her role wearing a delicate tulle dress signed by Ryan Lo. Pink ties the play of ruffles and pastel colors that could not have a better ally than some ‘Mary-Jane’ salons. In addition there is also a great look of her styling according to the celebrity insider that Elle Fanning Dazzles in New Beach Photos.

Black and white, the joker for an evening look

This binomial color is one of the most classic that you can adapt without problem with any garment of your dressing room. However, and saving the distances between the common of mortals, the set was chosen by Elle Fanning is an unattainable Haute Couture that belongs to the spring-summer collection 2019. These two pieces bear the signature of the Italian creative Maria Grazia Chiuri and is inspired by the circus. It is a delicate silk and lace blouse, topped by a neck loop tulle and a pants ‘harem’ curved to fool the eye and aim to achieve the effect of a full skirt. The actress combined it with shoes type ‘sling-back’ with contrast toe.

The night came and with her, a spectacular dress-cloak

Following the line of dusty tones, the American could not choose a style that best fits with his personality to inaugurate the red carpet of this new edition. This time, he switched to the French ‘Maison’ for the Italian house Gucci. Thus, dazzled with a dress satin touch, V-neck, overskirt with an asymmetric hem, pronounced shoulder pads and sleeves that caused an irresistible effect-layer. The look was topped with a Jewel-flower sash that left the bar very high for the next 11 days of Festival.