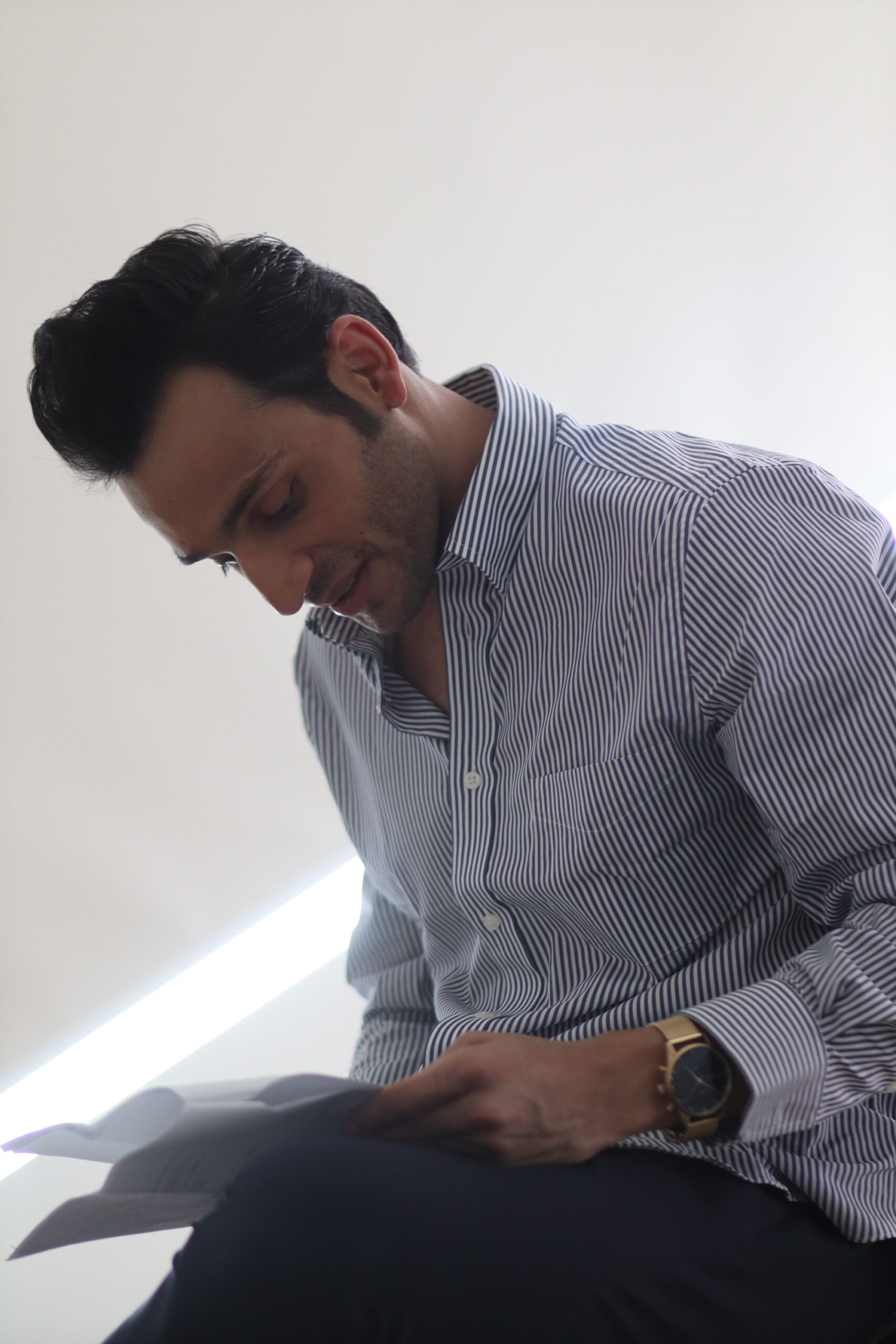 It took a significant distraction for Anis Maknojia to regain his focus.

The writer, actor and producer already has a handful of short film projects under his belt, including the dramatic short Artifice, the unconventionally humorous With Interest and the multi-layered Breathe.

He is now in post-production on a fourth short, JACK, a slasher-style horror story.

“The idea has been bubbling around for some time, but other projects kept coming up and this kept getting pushed off,” Maknojia said. “It took a significant change of pace in my daily life to get the chance to really focus on this idea.”

The change of pace was a trip to Texas

Maknojia was raised in Houston and supplemented his work in the family business with photography and modeling. Earlier this year, he returned to Houston to resolve several COVID-19 related business issues. While there, Maknojia carved out some time to collaborate with director Frederick Tabiyus Nah IV to start production of JACK.

“The trip required a lot of my time, but it allowed me the chance to set a lot of other things aside for a short time,” he said. “It’s interesting how [the creative process] worked itself out.”

Handing the rough draft of the script off to Joseph Carlin, a writer and friend of Frederick Tabiyus Nah IV, Maknojia wrapped up his responsibilities in Houston and hustled back to Los Angeles to keep up the momentum.

In the short, Maknojia’s Bruce is an executive at a quickly-growing tech company preparing to go public. With a day-in-the-life approach, the viewer watches as Bruce prepares for the meetings to launch a new product as well as establish the valuation of his company. His surroundings reflect his success. His girlfriend Liz is everything you would expect in an elite relationship – smart, sexy, sensual – a perfect match for the intelligent, attractive and determined Bruce. His home is luxurious. Arriving at work, the boardroom is opulent. His fellow executives are ready to make the most of the opportunity. As the valuation deal is finalized, Bruce’s razor-sharp instincts are on display.

Later the same day, at lunch with Liz, it becomes apparent Bruce’s perfect world isn’t all it appears to be. That night, when another opportunity presents itself, someone strikes with a similar enthusiasm and precision as seen earlier in the boardroom.

“This project has been one of my most successful, I think,” Maknojia said. “The conditions we worked through were challenging, but the whole process reinforced my love of the creative process. Everyone, the cast and the crew, everyone on this project really did outstanding work. Now, we are heading into the lab for editing, creating the sound design and all the finishing touches.”

“Being away from LA was tough for me,” Maknojia continued. “I felt like I was losing touch with my creativity. I felt like I was missing out on something. As it turns out, that something was the excitement of putting together a film project.”