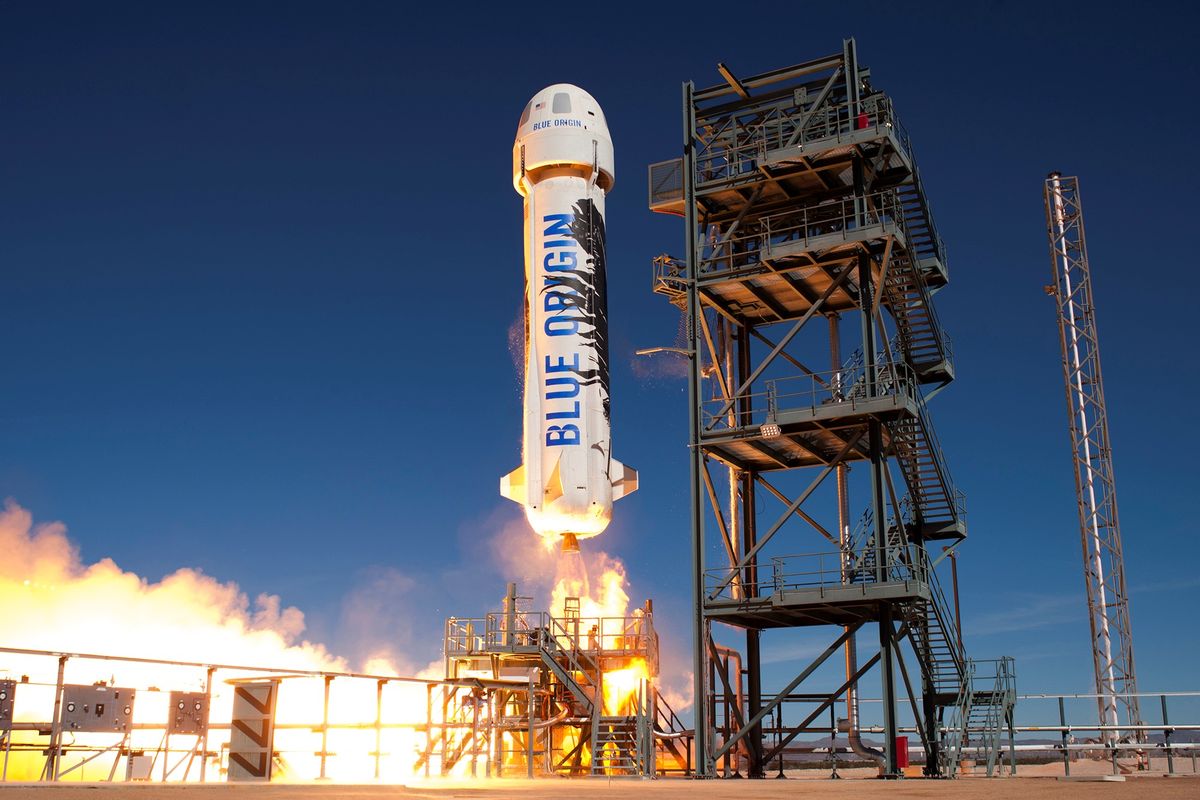 The owner of Amazon and the richest man in the world, Jeff Bezos, presented this Thursday night the ship Blue Moon, which aims to reach the Moon in 2024.

It is a project of a moon landing vehicle developed by the Blue Origin company, also owned by Bezos and with which the tycoon began three years ago his space career with private capital. “For the benefit of the Earth, we must return to the Moon, this time to stay, ” he said.

With this initiative, Bezos says they are “prepared to support NASA ” to reach the moon in 2024, although he acknowledged that he does not yet have an exact date for its launch.

The ship, which has been designed to transport material to the south pole of the Moon, is capable of carrying up to six tons of weight and will be adapted to carry scientific instruments and even a future pressurized vehicle to transport humans.

“Blue Moon is a moon landing that can transform different cargoes of different sizes to the Moon, its ability to make precise and smooth moon landings will enable a substantial human presence on the Moon in the future”, says the description of the ship on the web of Blue Origin.

The objective is to land on the south pole of the Moon, an area where there is water, which could be exploited to produce hydrogen, with which the Solar System could later be explored, as Bezos explained on Thursday during the presentation of the ship.

During the presentation, Bezos spoke of his passion for space and the futuristic space colonies imagined by the late scientist Gerard K. O’Neill.

How is the ship?

Its technology is based on Amazon’s previous experience with the New Shepard rocket and allows LH2 / LOX propulsion, precision and vertical landing with gear systems that allow it to perch on horizontal surfaces and with slopes of up to 15 degrees.

At the top of the Blue Moon spacecraft, up to four rovers can be transported, also known as automobiles, which are space exploration vehicles designed to move on the surface of other planets or astronomical objects.

The ship has been built with a BE-7 engine, with propellers that efficiently combine liquid oxygen and liquid hydrogen. “The BE-7 will have its first test this summer and will be available for sale to other companies,” they explain from Blue Origin.

Jeff Bezos has also created the ‘Club for the future’ ( Club For The Future ), a non-profit foundation that aims to attract students, parents and educators who dream of preserving the planet Earth and “open up the potential of to live and work in space. ” The first activity planned by this club is to send a postcard to space and return it back to Earth in the New Shepard, which will be the first space mail in history.